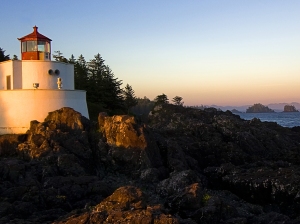 I have to admit that when the Holy Ghost (I’m feeling rather charismatic tonight) first put it on my heart to write about death and our response to it, I was very hesitant. Death is such a touchy topic and anyone who is anyone has at some point been affected by its reality. With that being said, I want to start this last post off by conveying that my intentions are not to cause anyone more pain than has already been experienced. I also do not want to minimize or trivialize death by painting this picture that from a Christian perspective, death is “cakewalk”. Instead, I want to paint the picture the Bible paints; a picture that includes suffering and joy, hope and loss, grief and glory.

I really believe that in order to grasp its depth (if that is even at all possible); we must look at both sides of the coin.

The Bad and the Ugly
“But of the tree of the knowledge of good and evil, you shall not eat, for in the day that you eat of it you will surely die.” (Genesis 2:17, N KJV)

These words though recorded by Moses, were spoken by God to Adam, humanity’s representative. Another way to put the latter portion of that verse would go like this, “…for the moment you choose to disobey me, choose yourself over me, choose to commit cosmic treason (as R.C. Sproul puts it), you will be separated/cut off from this world (eventually) and from Me (ultimately).”

Death is a byproduct of sin. It exists because man is sinful and God is holy. Sin demands justice and justice is served by death. God did not intend for death to be a part of His marvelous created order, yet he allowed it. He allowed it because His wrath would only be satisfied by it, but also because He had every intention of using it to “reverse the curse.”

Let this sink in…Our sin is so great and so damaging that it takes the loss of life and separation from God to rectify it. We are all guilty of sin and are affected and corrupted by it. Sin has so radically corrupted everyone and everything, that no one can escape death nor the realities of it. Death stinks! Man and his choices stink!

The Good
Jesus said to her, “I am the resurrection and the life. He who believes in Me, though he may die, he shall live. And whoever lives and believes in Me shall never die. Do you believe this?” (John11:25-26, NKJV)

Talk about a shift in perspective…

This passage in the Gospel According to John is just as real as the passage in Genesis. In John though, we find out that God allowed death to become a reality, but not finality. This passage reminds us that God can take terrible circumstances and use them for the good of His children and ultimately for His Glory. Yes it is true, “ALL things work together for the good to those who love God, to those who are called according to His purpose.” (Romans 8:28, NKJV)

As my good friend and fellow elder John Comfort always point out, here’s another example of the double-edge nature of life. On the one hand, we have this terrible reality that people are removed from this world, separated from God because of sin (in general). Yet, because of Christ there is another reality operating concurrently that screams, “Death is not the end!”

The bridge then is Christ. He makes joy possible in the face of suffering. He brings hope when we’ve experienced loss. He points us to glory while we grieve. It all happens “in Christ”; and in Christ alone.

Our first representative, Adam, led us to sin and death. Our second Adam, Jesus, leads to righteousness and life through His death AND resurrection. Because He satisfied God’s wrath on behalf of humanity death though very real is swallowed up in the victory of Christ’s resurrection (cf. 1 Corinthians 15).

This leads me to the crux and conclusion of this post. Often times when seemingly “good people” and close loved ones die, a lot of Christians tend to send people to heaven because the thought of the loved one or “good person” makes sense and eases the pain. I have gone to countless funerals and read countless posts where people have presumed that because a person has done so many good things or may have said a prayer at some point in their earthly lives, they’re in. Regardless of the person’s theology and lifestyle, heaven is the only option.

As Children of the Word we must stand firm on the truth of Christ that He is the only way to God and heaven; the only way. Painfully, this means that every family member will not be there on that Day. This means that countless amounts of people, who did good deeds but rejected Christ, will not make it. This means that we must be serious about this life if we want to be with Christ in the next. This means we have to be all the more diligent and zealous to proclaim the glorious, death-defying, soul-saving, bondage-breaking, new life-giving Gospel of Jesus Christ to our family members, co-workers, celebrities; everybody. That whosoever will, “come” to the fountain of everlasting life. We must remind ourselves and tell others that if there is to be any hope in grief, any consolation for our pain, any joy in our sorrow, it must be by, through and in Christ.

No guilt in life, no fear in death,
This is the power of Christ in me;
From life’s first cry, to final breath;
Jesus commands my destiny.
No power of hell, no scheme of man,
Can ever pluck me from His hand;
Till He returns or calls me home,
Here in the power of Christ I’ll stand.